What Role Does Tungsten Play in Medical Diagnostic Imaging

What Role does Tungsten Play in Medical Diagnostic Imaging?

Tungsten is one of the prized and rare transition metals known for its high-performance heavy alloys. It is fast emerging as one of the most desired elements used in medical diagnostics. Tungsten has several features, including high density, high ductility, strength and ease of machining, which makes it a great option for several applications. It has a lower atomic mass when compared to other heavy metals while having a density almost two times that of lead (19.3 g/cm3 of Tungsten vs 11.29 g/cm3 of Lead). One of the significant benefits that Tungsten offers is how it attenuates specific wavelengths of electromagnetic radiation.

Tungsten is ideal for radiation shielding applications in medical procedures. The opacity of Tungsten goes above the visible zone of the energy spectrum into the ionizing radiation region. However, because of its poor workability, pure Tungsten is hardly used in medical imaging or radiotherapy. By adding marginal amounts of copper, iron and/or nickel to Tungsten, makes it very easy to machine into different customizable shapes for critical engineering components. Tungsten alloys are used in both medical and industrial applications.

The radiation shielding range of Tungsten alloys is excellent and perfect to safeguard sensitive electronic equipment as well as soft human tissue. The radiation absorbing features of Tungsten alloys are widely used in diagnostic medicine and advanced therapeutics. However, one should not overlook the ideal mechanical engineering properties and workability that it offers.

The key element of diagnostic imaging equipment is a collimator. This device helps in aligning and transmitting the beams of radiation emitted from the patient to the detector. A collimator helps in accurately converting the data received into an image on a computer screen. Lead was used as a preferred material for collimators. However, accurate screening needed intricately designed components, which was not possible because of the soft nature of lead. Researchers traced the idea of replacing lead with high-density tungsten, which could be ideal because of its desired properties.

With advanced technology and tools, manufacturing now allows tungsten-based collimators, leading to more precise images of the radiation dose received by the patient. Tungsten has emerged as a more efficient alternative to screen unwanted gamma rays.

Tungsten alloys, comprising 90-97% of pure tungsten, have desirable radiation shielding capabilities and machining properties to manufacture complex components that can be used in collimators. In 2109, a group of UK-based experts initiated a novel 3D printing process of intricately designed shapes made from tungsten alloy powder. They developed a highly advanced additive manufacturing metallurgy process of fusing alloy powder together to build complex and intricate components.

This process came as a boon for the manufacturing of highly precise components like collimators and radiation shields, which are used in medical imaging systems like CT, SPECT, X-ray and MR. the manufacturing process allows cost-effective and fast production of complex components. By addressing the limitations of lead-based components, the experts have come up with tungsten-based collimators which have excellent radiation shielding properties along with desired thermal resistance.

Healthcare Possibilities Due to Tungsten-based Collimators

Tungsten-based collimators have excellent radiation attenuation properties compared to the same collimator made from lead. Tungsten collimators also reduce septal penetration significantly along with producing high-quality images. The manufacturing of tungsten-based collimators is a big step forward. Accurate medical diagnostic imaging at lower costs is expected. Highly individualized and speedier treatments is an exciting possibility. The effect might also be visible in the treatment of cancer, ensuring better health outcomes for patients. 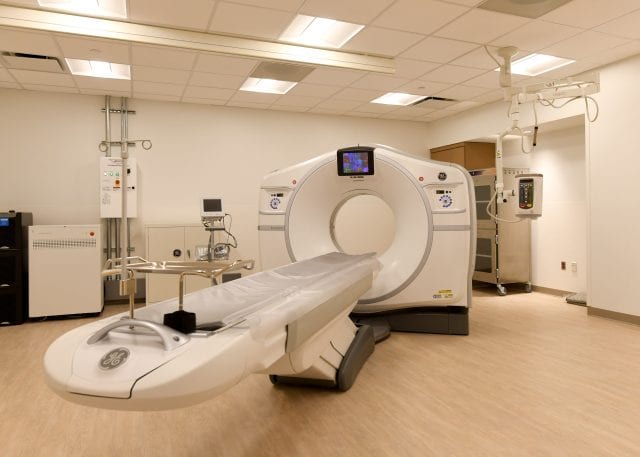 The same application principles and characteristics of Tungsten alloys can help make a lot of advancements in sectors beyond. Tungsten collimators find usage in airport and cargo scanners. They are used to scan the contents of the transport containers and their properties help in the accurate examination and detection of items present. The scanners often have tungsten grids that shield stray X-ray beams and give a precise image of contents. Presently, the tungsten grids are built up manually by using several individual sheets of tungsten, but they could soon be replaced by monolithic SLM parts.

Advanced metallurgical processes and applications allow the manufacturing of complex parts as a single component. This further helps in reducing costs of manual assembly work and cuts down the delivery time. Tungsten properties allow the manufacturing of complexly shaped components with finer geometric details. In the near future, one may even find hand-held portable and lightweight medical scanners that can be easily used in commercial complexes, public places and even residential units to identify contents by accurate imaging.