Get the Most Bang for Your Buck: Why Tungsten Shot is Worth It | Agescan International

Get the Most Bang for Your Buck: Why Tungsten Shot is Worth It

Home Uncategorized Get the Most Bang for Your Buck: Why Tungsten Shot is Worth It

As any hunter knows, if you really want to get a group of sportsmen talking, simply ask them to talk about their favourite ammunition.

With hundreds of varieties of shot available for every type of game under the sun, choosing what kind of cartridges when setting out after a given species of prey is just as important as what gun you use. For this reason, knowledge of the pros and cons of different types of shot is often what separates the men from the boys when it comes to success on a hunt.

There will always be room for plenty of different opinions about what kind of hunting cartridge is best — but when it comes to the science of shooting waterfowl, one type of shell consistently comes out ahead: tungsten super shot. 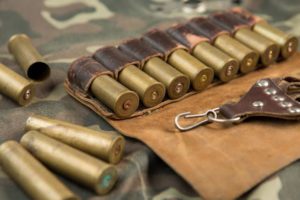 There are many variables that play a role in shot design. One needs to consider not only the size and gauge of the shell but the size of the load, and the hardness and density of the shot material.

Together, these factors will play a decisive role in determining the knock-down power of your shot, the range at which you can take down a bird, and the cleanness of your kill.

The most common gauges for shotgun shells are 12 and 20, and most are between 2¾ and 3½ inches. When it comes to material, there have traditionally been any number of metals used in forming the small round balls that make up the load. The most common are:

Each of these metals is chosen for their hardness, density, and affordability of manufacture. Alloys of these metals are also used to blend different properties and to reduce costs.

But in the thirty years since lead was banned due to environmental concerns, non-toxic tungsten alloy shot has come to dominate the market for birdshot due to its unparalleled density and hardness. 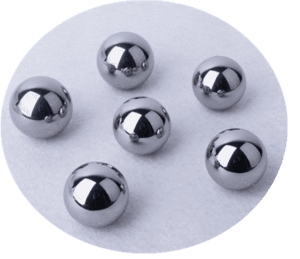 Pure tungsten on its own is prohibitively expensive for use in ammunition and is also on the soft side. When mixed with metals like iron through a sintering process, however, it attains a balance of density and hardness that makes it deadlier at longer ranges and also guarantees cleaner kills.

For this reason, bagging birds with tungsten shot is both easier and more environmentally friendly.

At this point, you’re probably asking yourself why, if tungsten is so manifestly superior, there are so many alternatives like steel still on the market. The answer to this question is simple: like tungsten, steel is non-toxic and therefore complies with environmental regulations. But when compared to tungsten super shot, steel is significantly cheaper to manufacture and purchase.

Given how much ammunition the average sportsman uses on a hunt, cost is no small factor in determining what kind of hunting cartridge to pack. But it is not and should never be the only factor: buying shot exclusively based on its price point is the kind of rookie move that tends to guarantee a disappointing hunt.

Instead, experienced hunters tend to think in terms of the value of their ammunition purchase. If you are going to be hunting at greater ranges, buying shot that will ensure that your pattern stays dense enough at long distances to take down birds on the wing, and that it still packs enough of a punch to deliver a clean kill, generally means using less shot overall.

As with any other purchase, price is less important than value. And insofar as the benefits of tungsten super shot make it easier for hunters to bag more game using less ammunition, it is some of the best value shot on the market.

If you’re just starting out as a waterfowl hunter, the range of birdshot options available can seem overwhelming. But figuring out what kind of shot is best for the kind of game you’re going after is well worth the time it takes to orient yourself, and will pay dividends once you’re actually out on the hunt.

The most important piece of advice an amateur sportsman can receive, however, is not to judge shot by price alone. Cheapest isn’t always best, and as anyone who has had the opportunity to hunt with it will tell you, using tungsten super shot is one of the best ways to get real results when hunting waterfowl.